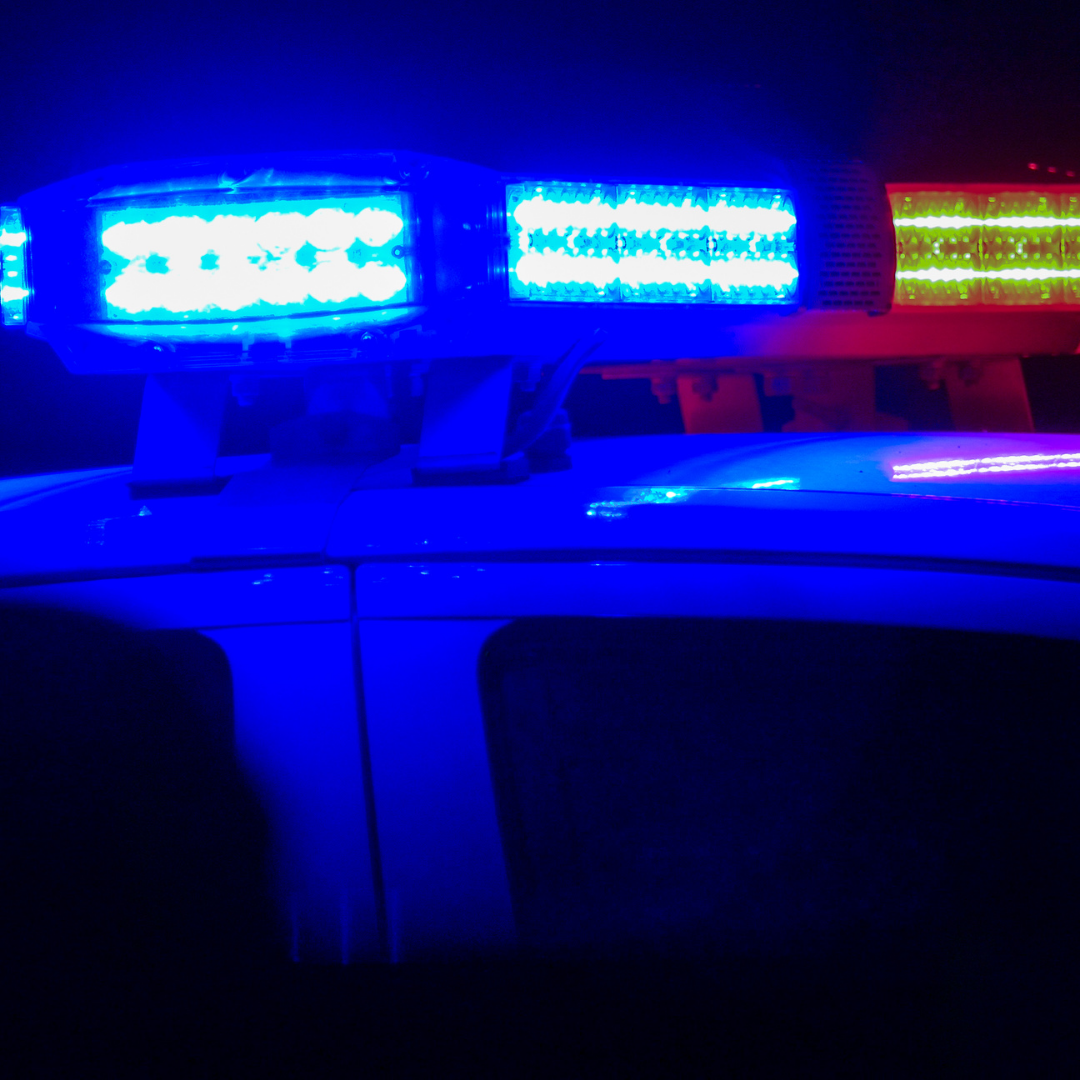 So, you or a loved one has been charged with a felony charge in Virginia.  What is the process like?  Well, it can be a long one spanning many months.  Now a felony is defined in Virginia as any charged punishable over a year in jail, anything punishable by 12 months or less is a misdemeanor. It is not what a person ultimately receives as punishment but rather the overall potential punishment that distinguishes between a felony or misdemeanor.

Firstly, a felony charge or charges can be initiated in two basic ways.  Most common is through a warrant issued by a Magistrate on behalf of a police officer.  The second is by direct indictment (which is to bring the charge not by warrant but by indictment in the Circuit Court, this would bypass the General District Court altogether).

It is always better if a person knows that a felony warrant is outstanding to go ahead and turn themselves in to the Magistrate’s office.  It is always disruptive and scary to have an police officer come find you.  A person may not have a choice, either because they do not know there is an outstanding warrant, or because they get arrested at the time the charges happen.  But, if you can turn yourself in it usually is a mark in your favor in terms of both receiving bond and the timing of the arrest.

After arrest, the Magistrate will determine bond, now the two determining factors in Virginia regarding bond is whether the individual is a risk of flight or a danger to the community.  Some charges, usually violent charges, have an initial presumption against bond and a Magistrate will hold the individual until they have the opportunity to get in front of a Judge.  If the magistrate denies bond, either because of a person’s past or risk factors, or because the charge carries a presumption against bond, or even if the bond is too high for an individual to make, then they will be on a video arraignment the next day the General District Court (or Juvenile and Domestic Relations Court) is in session.  (So if you get arrested or turn yourself in on a Friday and the Magistrate denies bond, you wouldn’t be able to see the Judge until that Monday, if court is in session).

At the video arraignment, the Judge will ask the individual what they want to do about an attorney.  By definition a felony carries a potential of a jail sentence, so a person can see if they qualify for court-appointed counsel (which depends if they meet the state guidelines as to whether the financially qualify for a court-appointed attorney) , tell the Judge they wish to hire counsel, or represent themselves. (It is never wise to represent yourself on a felony, the process is too complicated, the rules of court and evidence are too tricky to handle, and the consequences can be life-altering to the point that no one should proceed without an attorney.)

They Judge will also review the individual’s bond status reviewing the same factors as the Magistrate (are you a risk of flight or a danger to the community).  Unlike at the Magistrates office, at the video arraignment the Commonwealth’s Attorney will be present to give the Judge input on whether bond should be granted based on their point of view.  If you a proactive enough and have hired an attorney beforehand, the attorney can argue on your behalf at a video arraignment for bond.

After the video arraignment and bond hearing (if necessary) the next court date in the General District Court (or Juvenile Domestic Relations Court) will be a preliminary hearing.  At the preliminary hearing the Commonwealth’s Attorney must present enough evidence (not all the evidence they have, but as much as they feel they tactically need to get the charge certified to Circuit Court), to convince the General District Judge that there is sufficient Probable Cause (probably a crime was committed and probably this was the individual that committed it) to certify the case to the Circuit Court.

Tactically, at a preliminary hearing defense counsel is more interested in finding out the Commonwealth’s evidence, and hearing the accusers under oath, than by putting forth a complete defense.  A preliminary hearing is like a mini trial, but most defense attorneys would never put on any evidence because the preliminary hearing is not a trial, but merely a determination of whether the charge should go up to Circuit Court and they do not wish to open their witnesses up to cross examination unless it is an actual trial.

Now the Defense can actually win a preliminary hearing if the Judge feels that the evidence is insufficient to establish probable cause for the charges before the court. But the Commonwealth has the right to bring the charge back anyway, by direct indictment in the Circuit Court.  Which would mean the individual charged would be arrested again at some later time.  So, for most defense attorneys the goal is not necessarily to keep the charge from being certified but rather to find out the Commonwealth’s evidence, so they can adequately prepare for a trial down the road.  The individual charged also has the right to waive his preliminary hearing, and that is done usually because there have been some negotiations for a resolution to the case.

After a charge has been certified or if the preliminary hearing was waived, the case then is transferred up to the Circuit Court.  The first hearing date in the Circuit Court will be the Grand Jury.  Grand Jury is when a panel of citizens from the county, who meet certain requirements, hear the evidence behind closed doors from the police officers and they decide whether there is Probable Cause (the same standard as the preliminary hearing.)  They essentially change the warrant to an indictment and the charge is officially in Circuit Court.  Defense Counsel and the individual charged have no right to hear what happens in the Grand Jury room, it is a closed door session.  The Grand Jury is also the time when the Commonwealth’s Attorney can bring more charges if they see fit.

If a charge starts at the Grand Jury stage as a direct indictment, an arrest warrant will be issued by the Circuit Court, and once the individual has been arrested or turns themselves in there will be an video arraignment, or hearing date to determine counsel just like if the charge had started by a warrant down in the General District Court.  The main difference is that there would be no preliminary hearing and the charge would skip the lower court proceedings altogether.  Commonwealth’s Attorneys usually use the Direct Indictment process tactically as to avoid a preliminary hearing (but there can be many reasons for it).  Most cases though, start by warrants in the General District Court.

After Grand Jury, they case is usually set for an arraignment (though some Circuit Courts may skip this step and do it on the same day as trial).  This arraignment is much more formal than the video arraignment to determine counsel or to determine bond.  At the Circuit Court arraignment, the individual is formally advised of his charges, is read some rights, is asked to make a plea to the charges (usually not guilty at an arraignment) and must make the decision as to whether he wishes a bench (or Judge) trial or a jury.  The case will be set with a jury if the individual charged asks for a jury, if the Commonwealth’s Attorney asks for a jury, or even if the Judge asks for a jury.  If you ask for a jury and you lose the case then you will have to pay for the jury.  It depends on the type of case and the jurisdiction as to whether the Commonwealth’s Attorney or Judge would request a jury, mostly it is the decision of the individual charged.  Sometimes if there is a resolution worked out, the case could be set, not for trial, but for a plea on some future date.

After the arraignment, the case is set for trial.  There may be some more hearings in between the arraignment and trial, such as motions to suppress evidence.  The case then goes to trial, with a jury or with the Judge.  If the case is before a jury, the jury must be unanimous in its decision as to guilt (all 12 vote guilty, or all 12 vote not guilty)  If they are not unanimous then it is called a hung jury, and the case can be tried all over again on another day with another jury.  If they jury convicts (all 12 agree that there is sufficient evidence for guilt beyond a reasonable doubt) then the jury fixes punishment after a sentencing hearing usually on the same day the jury pronounces guilt. A Judge can later review the punishment the jury gives, but does not have to change it at all.  The Judge cannot extend the punishment but could suspend some or all of the active time given.  Juries are usually very good with the idea of guilt beyond a reasonable doubt, but they are very unpredictable as to punishment.  Some people prefer a Judge trial because they can be more predictable than a Jury.  The decision as to which you choose should be discussed and thoughtfully considered after speaking with your attorney, because it may depend on the type of case, the jurisdiction, the judge, etc.

If a person pleads not guilty and goes to trial and is found guilty, they have a right to appeal to the Court of Appeals, then the Virginia Supreme Court, and in certain cases (though rarely) all the way up to the Supreme Court of the United States.  If an individual pleads guilty by agreement, they probably would waive the right to appeal.  Appeals are based on legal arguments about what happened at trial, not on whether the Judge or jury was right or wrong in who they believed.  Arguments such as certain evidence was improperly admitted, the judge made wrong legal rulings, etc.  An appeal is not a new trial, though depending on the arguments, a new trial could happen if the Appellate Court sends the case back to the Circuit Court.  Also, depending on the arguments on appeal, the case could be overturned completely without a new trial.